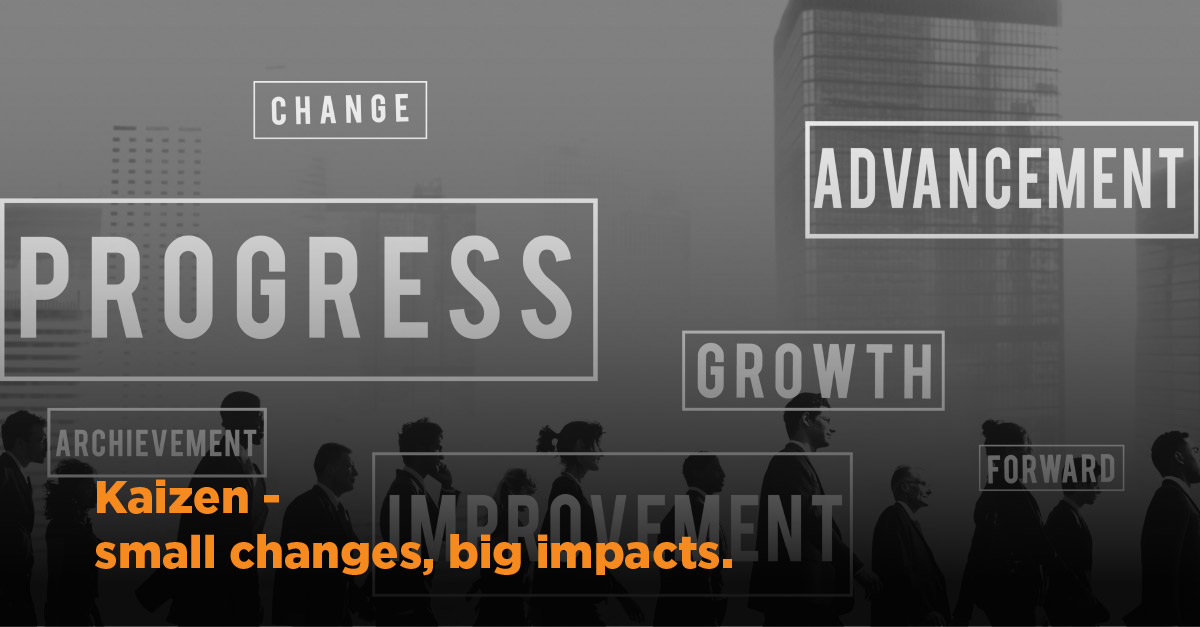 Change is a part of life, and more often than not, it requires adjusting various aspects in order to assimilate the changes that have taken place. Sometimes change is a choice that you make, and other times it is inevitable, in order to make progress.

In an industry, change is often in the form of major initiatives taken up by the organisation in order to improve either the systems or its personnel, sometimes both. Usually this comes in the form of cleaning the slate and starting fresh, which would mean months or even years of work down the drain. On the other hand, an often underrated form of change is that of continuous improvements and on-going upgradation of systems and processes that compliments adjustments which have to be made with the coming changes.

One such method of change is called Kaizen, which is a Sino-Japanese word made up of two syllables – “kai-” meaning ‘change’ and “-zen” meaning ‘good’. This method was adopted widely by the Japanese businesses post the Second World War. It takes root from Training Within Industry or TWI program which was developed and used extensively by Americans during and post the Second World War.

Kaizen is more than just a method of change. It is a philosophy. As such, it carries dual nature on the industry floor. The first nature is the action plan, wherein the organisation organizes events which includes all the employees and focuses them on improving various areas company. The second part of this dual nature is building up the philosophy of the company. Repetitive action plans to address various improvements leads to building a culture where every employee plays a part in improving the company by implementing the changes.

The basic principle of kaizen is based on the fact that people or employees who can perform a particular task are the most knowledgeable about the said task, which leads them to effecting changes which will be best suited to the task.

Any Kaizen event follows a pre-defined set of steps:

1. Set goals and provide the necessary background
2. Review the current state and plan for required developments
3. Implement the said developments
4. Review and fix what doesn’t work
5. Report results and determine the follow-up items, if any

This is similar to the PDCA cycle, which stands for: Plan; Do; Check; Act. In Kaizen, ‘plan’ stands for mapping out the changes so that every employee involved knows what is expected when solving the issue. This is followed by ‘do’, wherein the best solution is picked and implemented. Once this is done, the ‘check’ step evaluates the change in order to make sure that it worked. Finally, the ‘act’ stage is executed, where the team determines whether the solution is viable or it needs further kaizen. 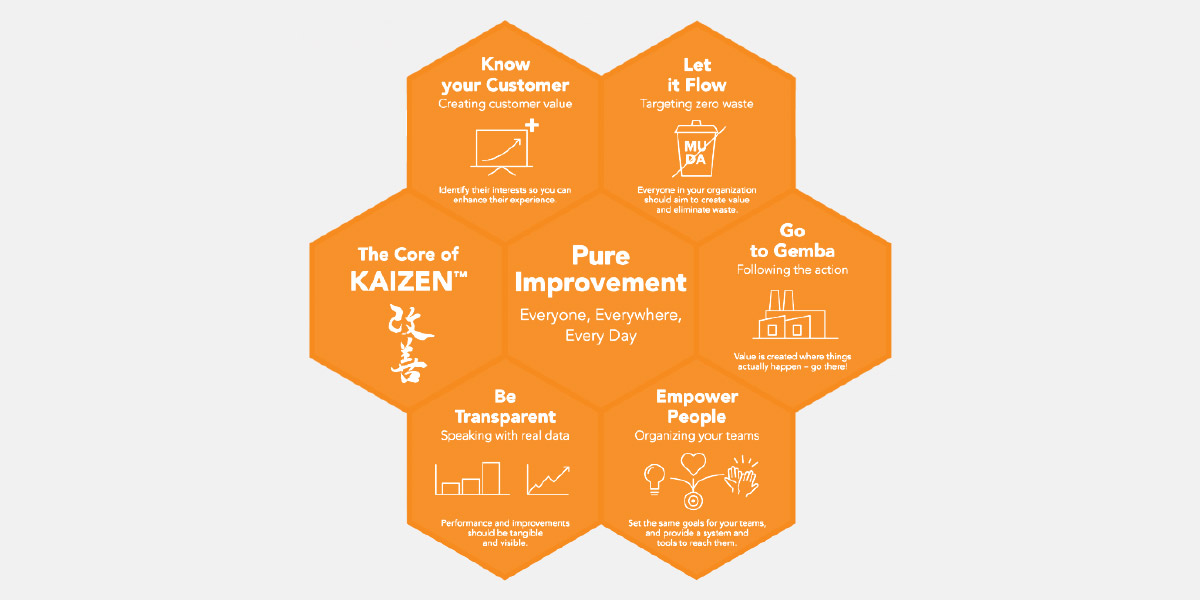 The key objectives of Kaizen include quality control, JIT delivery, effcient use of equipment as well as standardization of work and elimination of ‘muda’ or waste. The overall goal of Kaizen is to make small changes in the company, tackling one issue at a time and as a result create improvements that keep the employees and systems up to date with modern advancements. The philosophy of Kaizen recognises the fact that small changes yield great changes and improvements over a longer period of time.

Out of the above objectives, the key point of Kaizen is to reduce the waste. The waste here refers to anything that may appear in the production line which hampers the assembly. This includes:

The Kaizen method not only benefits an individual person, but the company as a whole, since the brainstorming and problem solving will require a concerted team effort. It enables a group of employees from across departments to learn and grow with a team, while enabling them to accept other’s ideas. This leads to improved morale of employees, which leads to a happier and comfortable workplace which an employee will wish to return to. This, in turn, leads to improvement in the production lines.

There is always room for improvement in every environment. Challenging the already established status quo will lead to healthy brainstorming sessions which enables healthy, creative and sometimes out-of-the-box solutions to problems that may arise. Over time, these solutions have a long-lasting impact on the company, which lead to a significant positive impact the team and the organisation itself.